Majesty, the Fantasy Kingdom Sim – one King to rule them all (2000)

Kings are the slaves of Real-Time Strategy.

In 2000 Majesty came parading out of the gates, sceptre in hand, screaming to the world: “I am the Fantasy Kingdom sim”. And we could say it kept its promise, since the whole game comes straight out of a Dungeons’n’Dragons rulebook of the nineties. Rangers, rogues, warriors, wizards, trolls, goblins, spiders, etc. Still, this is not your average Real-Time Strategy or action RPG from the late nineties, instead it’s a refreshing take on the fantasy sim strategy genre with some inspired design choices.
Join me and game designer, Jim DuBois, as we go back and discover what was so special about the game.

The original idea and the search for a publisher

The original idea for a fantasy kingdom sim dates back to 1996, Jim tells me, the following years were spent on development but, mainly, looking for a publisher interested in picking up the game. The Cyberlore team first approached Ripcord, which went out of business soon after, then Microsoft and Westwood studios; it was Hasbro that finally released the game in 2000. Still it was not wasted time; DuBois tells me each rejection gave the team time to develop more features for the game. Still, had Majesty actually been released in 1996/97, the history of fantasy sims would have gone down a different path, as the RTS scene was less crowded than three years later.

Beyond the Dark Portal: inspirations for Majesty

Majesty‘s main highlight is the hero system: the player has to recruit rangers, warriors and wizards to carry out various quests and level goals. Chances are that, if you’ve played any game from the Heroes of Might and Magic franchise, you’re familiar with the system. DuBois had – no suprise here – previously worked on Heroes of Might and Magic 2 and the Beyond the Dark Portal expansion for Warcraft II. He told me that the heroes idea was first introduced in BtDP expansion but that, ultimately, the design choice mostly comes from his experience as a AD&D player. Since he felt that micromanaging a whole army was a bit tedious, he wanted to prevent the player from issuing direct orders, not even to his loyal subjects, which are indeed fully automated.
The hero does something useful through a waypoint system and money rewards; if you wish him to kill a particular enemy, for example, you need to click on the orc and decide how much gold the hero will get. Weirdly enough, in order to explore ruins or various points of interest, the hero needs to raze them to the ground. Should you choose to cancel a waypoint, the money won’t return to the treasury, even though nobody collected it.
Unfortunately, even through a rational use of waypoints, there’s no real guarantee your hero will do what you ask nor run away when pitted against impossible odds. Rangers will sometimes stand still even when under attack by big tough enemies and will get dispatched in a matter of seconds. Warriors will randomly roam the map and rogues do tend to get killed as soon as they wander outside their guild building.

When the graveyard is full, the heroes will walk the earth

As with AD&D, every level in the game is quest driven: the goal is usually to save someone or defeat an evil monster, then the player decides whether to try another quest or continue the level. Many of the quests are connected and some will unlock only after completing others.
Each level generally starts with a manor and some defenseless peasant houses scattered around, so the first order of business will be to build guard houses and, soon after, the guilds, as a training centre for your heroes. Other buildings like the Blacksmith or the Library will provide weapons or spell upgrades. Unfortunately the in-game tutorial skips on some aspects, so a quick read of the manual is definitely recommended. Despite the number of heroes cast around, it will be impossible to form any emotional connection since, to sucessfully complete levels, many will have to join the heavenly chorus. Honoring their memory at the graveyard is the only thing you can do.
Seeing how Majesty likes to throw hordes of enemy pretty early on, you’ll have to mash the “recruit hero” button a lot to avoid getting overwhelmed. If you survive the first five minutes, the worst should be over, heroes will level up and they will just have to be kept alive and upgraded. In some of the quests you can also decide to use a more direct approach, such as attacking a wizard instead of doing fetch quests for him. As long as you stick with rangers and warriors, the game’s difficulty is medium, especially compared to other fantasy RTS: manage your expenses and upgrade your heroes.
The economy is pretty much automated, tax collectors will automatically fetch money for you. Should you play in order of difficulty, four missions in you get to play with wizards and spellcasting, making things a tad more complicated, almost leading in “pay to win” territory. The more money you invest, the more powerful the attacks that can be unleashed on the unsuspecting enemies; the same goes for the cultists the player will confront later. It’s also possible (and sometimes required) to use spells to reveal the map in order to find your quest objective.
Released today, this would be an ideal game for microtransactions; it’s sad to think about the many mediocre “free to play” fantasy sim games available on Android or Apple store being no match for the original Majesty

Is it still worth playing it today? Yes my liege!

Majesty should have been called “the KING of fantasy sim”, since that’s the player’s role: daily managing your hero-based economy, watching your subjects go about their business while trying not to die too often at the hands (or teeth) of the Ratmen, while also solving solve quests. It’s not hero-centered exploration à la Age of Wonders, it’s not tactical turn-based wardom like Heroes of Might & Magic and it’s not a medieval city manager like The Settlers. It’s a fascinating experiment in RTS with a very distinct RPG influence that manages to stand out in the crowd.
The BlueByte strategy game was a direct inspiration for the game; DuBois told me that while playing The Settlers, he got the idea that the stories that you tell in your head about your digital subjects are as important and interesting as what actually happens in the game. This vision shaped Majesty into becoming a fairly unique game that expertly cherrypicks elements from strategy and rpg games, and is only letdown by being perhaps a bit too ambitious for its time. I can only dream to see DuBois’ vision fully realized, by having a more comprehensive relationship with subjects and heroes, a sort of Sim City/Creatures hybrid with some AD&D-like questing.
In a genre chock-full of Warcraft clones and titles that all played and looked alike, Majesty was a breath of fresh air and still a good choice to spend some time.

On Steam you will find Majesty Gold HD, the way to go in order to play this game on modern systems, “The Northern Expansion” is also included. A sequel, Majesty 2, is also available on Steam, it was developed by a russian team and Jim confirmed he had nothing to do with it and never even played it. I own it, maybe someday I will see whether it’s worth to update this article.
A modern title that reminds me a lot of Majesty would actually be Dungeon Village, developed by KairoSoft for Android. If you manage to get past the cute 8-bit art style, the core of the gameplay is not much different from the title developed by CyberLore Studios. You attract heroes to your village, build a Blacksmith and Shops to raise their abilities then send them out to explore dungeons and kill monsters. There’s no main plot nor actual levels, it’s obviously simplified to fit the “mobile” gaming aestethics but it’s consistently engaging and never gets too difficult. It’s best played in short bursts.
A Majesty lite for your kids? Why not.

Little King’s Story, also puts you in the shoes of a king, but has a radically different anime vib. Released on Nintendo Wii and PsVita first and on Windows later, this is more of a RTS with some life simulation vibe thrown in. The game’s design is slightly complex and probably deserves its own separate article, for now let’s just say that even though I’m not exceptionally fond of some of the choices made by the developers, the whole experience is pretty fun and lighthearted, with a classical score to keep you company.

Many thanks to Jim DuBois for the kindness and patience.

To commemorate the Nintendo 3DS being released ten years ago, I offer you this fantastic pic of a visibly irritated me at the presentation of the console, trying to play the 3DS while being interviewed by poor guy Italian anchorman @alecattelan. Man how time flies!

Despite each Turrican title still being very enjoyable, the Flashback package feels a bit incomplete, leaving out - for some reason - Super Turrican 2 and having no extras like interviews or featurettes. A rather inexplicable way of tackling such a classic series.

Go retro with this classic shooter, just don't expect too much in the way of bells & whistles. 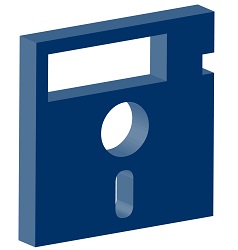