Call of Cthulhu – at the Mountains of Hit and Miss 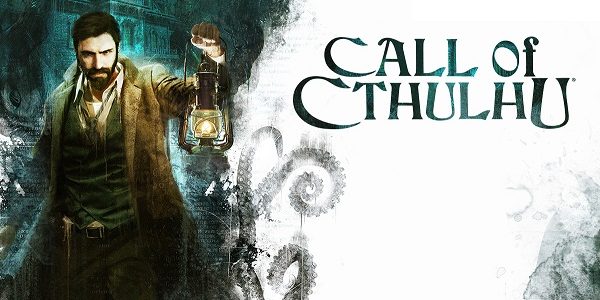 H.P. Lovecraft is one of the most beloved horror authors of the last century, which won’t come as a surprise since he has inspired countless movie directors, writers and, naturally, videogame designers. While reviewing Daughter of Serpents, I’ve mentioned my sensation that many times, videogames that are “somewhat” inspired by Lovecraft seem to actually fare better than those directly taken from novels or books of his.
Call of Cthulhu, sadly, seems to be no exception.

The game was originally slated for release sometime in 2016/7, developed by Frogwares (Sherlock Holmes series) and, apparently, designed as a 3D graphical adventure with, perhaps, some action sequences thrown in. In 2017, after years of silence, Focus Interactive announced a new developer, Cyanide studio, and, after even more delays, the game finally came out in October of 2018. Along with Lovecraft’s story of the same name, the game also takes inspiration from the pen and paper RPG.

While it can still be defined as an adventure game, the gameplay incorporates elements from various genres: stealth mechanics, logic puzzles, first person action sequences. On top of all that, the main character gains “CP points” to allocate to character stats, like strength or psychology. While those do make a difference during gameplay, the actual changes are so slight that it isn’t really worth to replay certain sequences all over just to hear a different answer or collect certain other items. Especially because Call of Cthlhu has only four possible endings: all equally not very satisfying.

Edward Pierce is our protagonist, a hardboiled P.I. prone to alcoholism, sent to investigate the mysterious death of the family of an industrialist’s daughter. Naturally, this investigation will lead our gruff detective to discovering the usual Lovecraftian stuff: a mysterious horror cult, a psychiatric hospital who seems to be killing the patients instead of curing them and so on. I won’t spoil anything of relevance but, while the plot remains decently engaging throughout, it is the characters, along with the competent voice actors, that play a key role in keeping the player’s attention alive through the relatively short 6/7 hours’ length of the adventure.

Unfortunately, the pacing suffers a lot from sudden changes in mood and a certain lack of explanations in some parts. For example, it is estabilished through a sequence of (not very well done) stealth gameplay, that getting out of the psychiatric hospital is no easy feat. Later, Pierce has to get in again and he does so by breaking through a window in a cutscene, simple as that.

At times, the wild mood swings and the heavy reliance of the story on actual cutscenes, when the first person would work better, do make the game feel rather one-dimensional and half-baked. But, in truth, I feel that Cyanide did a decent job but could not do much against short deadlines and a troubled development history.

While the game design seems to imply, at the beginning, a certain amount of player’s freedom as to exploring and talking to people, it is revealed later to be an unfortunate illusion. The more atmospheric parts seem to come right at the beginning, when the private investigator gets to freely explore the town of Darkwater and the Hawkins mansion. After the first couple of chapters, Pierce seems to find himself just stuck in whatever location he’s thrown in: progressing requires completing certain objectives, with very little chances to go around exploring or talking to characters.

Sure, the player is allowed to wander the psychiatric hospital in search of clues, but collecting any of them seems mostly pointless since all they do is, at best, unlocking dialogue choices. They don’t seem to change changing anything in the plot nor in the main character’s conclusion. That is the main problem with all the non-adventure elements that Cyanide has sprinkled throughout: they seem to matter little in the scope of things, ending up as merely perfunctory.

Even if the player were not to distribute character points, there wouldn’t be dramatic changes in the actual gameplay.  Having a high number of points in area means having a chance to succeeds when the game asks the player to “hold A to test”; failure means having to find another way to solve an issue. For example, I failed to make up for the offended bartender in the beginning, hence I could not get a drink. Don’t think I missed out on much, plotwise. Where have I heard of another Lovecraftian game with mostly superflous RPG mechanics?

The shooting mechanics are entirely devoid of fun and do definitely feel like a last minute addition: as long as the player presses the button at the right moment, the enemy will be killed. Luckily, they’re kept to a minimum, but, frankly, they could have been removed altogether. The sanity system, similar to the one found in the Amnesia series, also seems like an afterthought: it creeps up only when hiding in closets and, otherwise, it is of little to no consequence. The sanity meter also plays a part, along with “panic attacks” (which happened to me once, then never again) but I frankly had no clear idea how it was influenced by the events of the plot or the choices I made. Still, its only function seemes – again – to be about unlocking superfluous dialogue choices.

Most of Call of Cthlhu’s elements suffer from a lack of distinct design vision or, at least, a direction in which to take the overall gameplay, ending up being barely noticeable or underutilized, especially for such a short game. Citing an example of a classic adventure game with RPG elements, the Quest for Glory series worked because its gameplay felt very close to an actual RPG, levelling up meant having to do sometimes boring and repetitive tasks but also reaping the reward of forcing a door, instead of looking for the key. CoC gives random points to the player, especially for completing chapters, with seemingly very limited rewards. Replaying the game from the beginning just to see some minimal new clues here and there, which – again – aren’t going to affect the story, will mostly fail to appeal to a lot of players.

I mentioned how the characters were a good reason to keep playing and surely our main man Pierce is one of them. While his art design is not particularly memorable, his voice actor, Anthony Howell, does an impressive job. He always seems to give it his all in his gruffy suffering tones, even though some of the lines seem to have been quickly recorded in different takes/days. Pierce’s relationship with the various mysterious women in the game, along with the good natured policeman who really seems to be his only ally, also unfortunately don’t seem to add up to much. The good policeman is hastily taken out of the game towards the end, while the female characters seem to be mostly underutilized. The local criminal boss, Cat, at one point seems to come up as the main villain or, at least, part of the cult itself. In the end, after a sequence where Pierce – for some reason – plays as her, she vanishes without a trace, leaving a very small footprint in the story.

As anticipated, Call of Cthulhu ends up delivering little of what it promises at the beginning. Still, a Lovecraftian game lives and dies (but never really dies, like all good cosmic horror) on its atmosphere and, on that front, Cyanide delivered in spades, along with a serviceable story that never gets too complicated for its own good. It never goes for cheap jump scares or over the top scenes with monsters or pseudoacquatic creatures, so its heart is in the right place. It is a playable game that seems sadly keen on missing out all of its chances to actually be enduring. Again, eerily close to what was wrong with Daughter of Serpents!

The other first person Lovecraftian title, Dark Corners of the Earth, even though it had many faults, never tried to shoot the moon with its limited mechanics, instead they were, most of the time, closely strung together with the gameplay. CoC seems to do the opposite, trying to fit as many different mechanics as possible in a rather short game, that would have felt much more robust as a simple first person exploration adventure.

For casual horror fans lusting after a bit of Lovecraft in their titles, I’d still recommend Dark Corners of the Earth, but for fanatics of the Providence author, Call of Cthulhu still is one of the more polished experiences out there, so it is hard not to recommend.